“Vonnie and his friends” – black humour depressive web comics. In it live and operate alternative characters of good fairy tales – Winnie the Pooh (Vonnie), Piglet (Potachok), Au (Ia), Svoa (Owl), and so forth. Absorption and repressed social problems, drug addiction and violence, the characters move through the gloomy sets and strange to say, but it is quite clear language, it resembles alcoholic.

Vonnie – the protagonist of the eponymous comic strip, created collectively by anonymous authors. It appeared in the March-April 2012 in the Russian imageboard 2ch.so , then spread in VKontakte . The protagonist of the comic strip – a bear-addict whose adventures along with several other fictional characters, also a drug addict, he is dedicated.

Vonnie is an analogue to the popular 4chan comic Uncle Dolan, who came there with imageboard of Finnish, which used a similar style of drawing characters and themes strips. The main theme of the comic – drug addiction and suicide. Used warped Russian language, which omitted or transposed some of the letters. The action takes place on the territory of comics Russia.
A brief description of the essence of what is happening in the comics:
Characters from the once bright fairy tales are now living in an alternate reality where every speaking in an incomprehensible language props, cut each other, and generally doing inadequate things.

According anonimusov, surpassed forchanovsky analogue of both the quality of performance, and in the atmosphere, which is considered by them as proof that the heir Dvacha remains “more so” and makes it popular with visitors and residents of surrounding Internet memes and content.
Among the heroes of the comics, in addition bear Vonnie, there are a few characters (Potachok – Piglet, Au – Eeyore, Svoa – Owl), borrowed from the tales of Winnie the Pooh, from which we take some subjects. On behalf of the Winnie the Pooh is happening and the very name “Vonnie”. Also present characters from other fairy tales (eg, crocodile Gena), and well-known Internet memes, while in the comics does not necessarily present itself Vonnie.
Meme has spread rapidly, comics have gained popularity in the imageboard and VKontakte, where he devoted several groups with more than 38 thousand. Subscribers, which publishes new comics, conducted discussion groups

As already mentioned, it works with Vonnie filled with hopelessness, sadness, filth and drug addiction. Used as background dilapidated buildings, landfills, basements and rooms, clogged debris. The set ends with suicide subjects of a hero, cruel and senseless killings, or intake of drugs.
Movies characterized stalled developments with pauses between replicas of heroes, depressive “freaky” music, launched backwards, advance votes, and 25-interference of staff with Creepy and depressive words.

Unlike simply abnormal Dolan, in this case, since imitated by unbridled stream of consciousness in the form of braids, braking and stumbling speech amateur opiate group of drugs – as well as to the heap, especially retarded frequenter of social networks in these your internet. The main thing to remember when creating a comic book about Vonnie – is that despite osbennstoi RFID characters, the text must be readable. Few people want to decrypt almost random set of letters.

Vonnie – the main character, bear junkie. Has pohuizmom unhealthy, does not like bright lights, loud noises and sudden movements. In a particularly uporotyh comics seeks to fuck someone from friends, although not receiving any pleasure from it.
Potachok – pig-addict friend Vonnie. He suffers from paranoia, falls into hysterics at the slightest pretext, but usually – if Vonnie H PRNS. More than any other suicidal. Keep the gun home.
Au – ass junkie. He suffers from melancholy and zhopogolizmom (but reasonably). Sometimes portrayed as a sexual object Vonnie.
Korlik – rabbit addict nebydlo. Prefers hallucinogenic substances, under which begins chasing Shizu. Often naёbyvaet friends.
Svoa – owl-junkie also nebydlo and respects hallucinogens, under which action suits bloody games with sawing, bleeding, tearing the protruding parts of the body and artistic cutting of flesh.
Bolk – wolf-addict smokes constantly, has foul-smelling clothes. 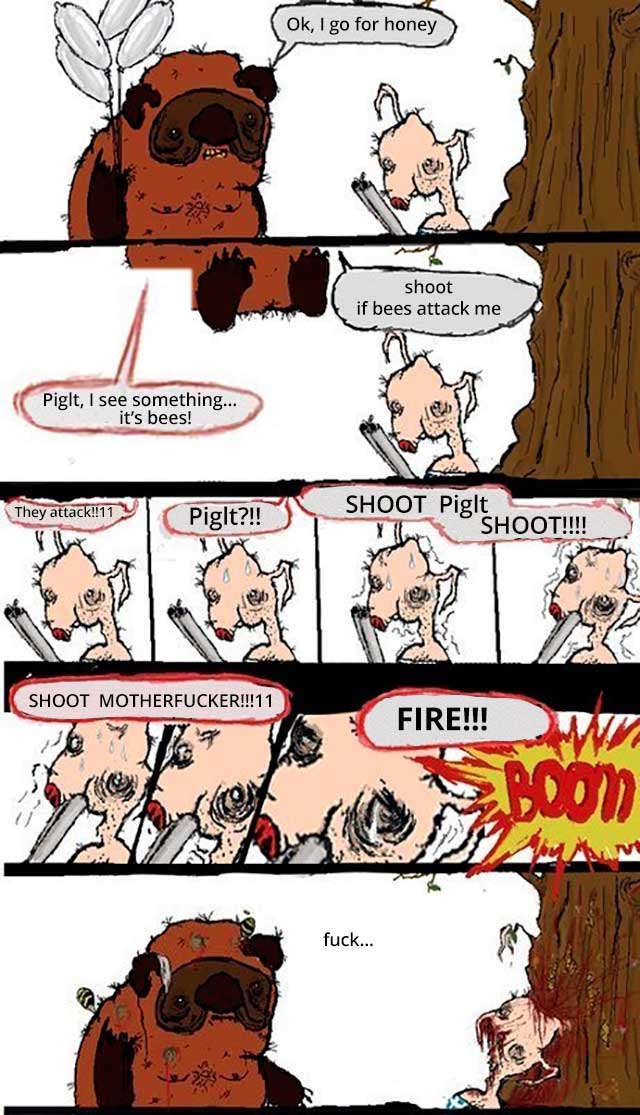 It is worth to mention the rats that during his first Vonnie-threading successfully sent vkontaktik bear stealing content directly during production. This action is not anonymous Sosacha suffered, soon ceased to rivet pictures and leaving the matter of rats that performed at anon.fm and wrote Abu asking to remove votermark Sosacha (which is stuck on were after the first reports of the theft), selling T-shirts and advertised stolen themselves where possible, arranging even Vonnie-party in Moscow clubs.

By the way, this has caused a lot of arrogant kopipizding srachi and metaphysical discussion on “how to save unique content imageboard from entering the cancer pens.” Anonymous diligently put forward ideas to include in the comics something so offensive that it would be a shame to even repost, but at the same time amusing for the average bitarda. The candidates for such an element nominated Jesus narcotics abusers, dismembered children and much more, but did not take off.

To create the images (and even short cartoons) joined local artist Coons, among which there are also works very worthy product.

October 20, 2012 Official ™ Public “Vonnie and Dolan”, collected at the time of about 60K subscribers, closed, at the end of skates in smehuechki completely squander the whole atmosphere, due to which Vonnie once became so popular. 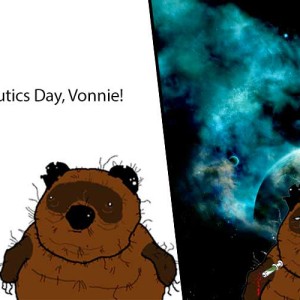 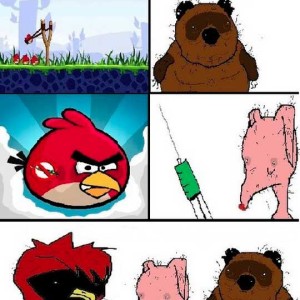 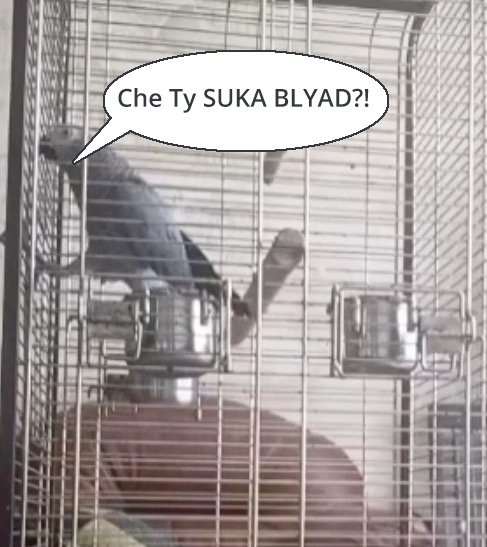 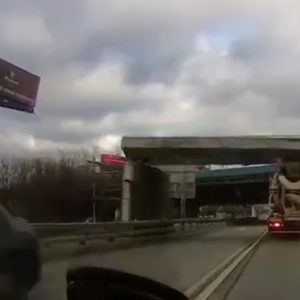 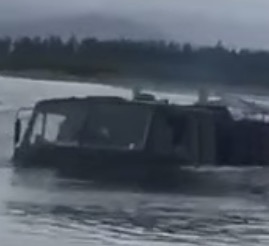